More than 60 heads of state or government, 38 leading international organization representatives, and more than 1900 global leaders in politics, business, academia, and media will once again gather in Davos, a now-capped town in Switzerland. Jointly discuss how to strengthen the cooperation and promote the development in a divided world.

As the only Hong Kong-based financial institution among the global strategic partners of the World Economic Forum, AMTD Group has set up the “AMTD Corporate Center” and for the first time in history held “AMTD · Hong Kong Night” at the World Economic Forum Annual Meeting in Davos. Mrs. Carrie Lam, Chief Executive of HKSAR, has been specially invited to speak in person. Moreover, AMTD will jointly invite CEOs from the world’s top enterprises to have lunch together, to discuss about the open-up and global competitiveness of China. 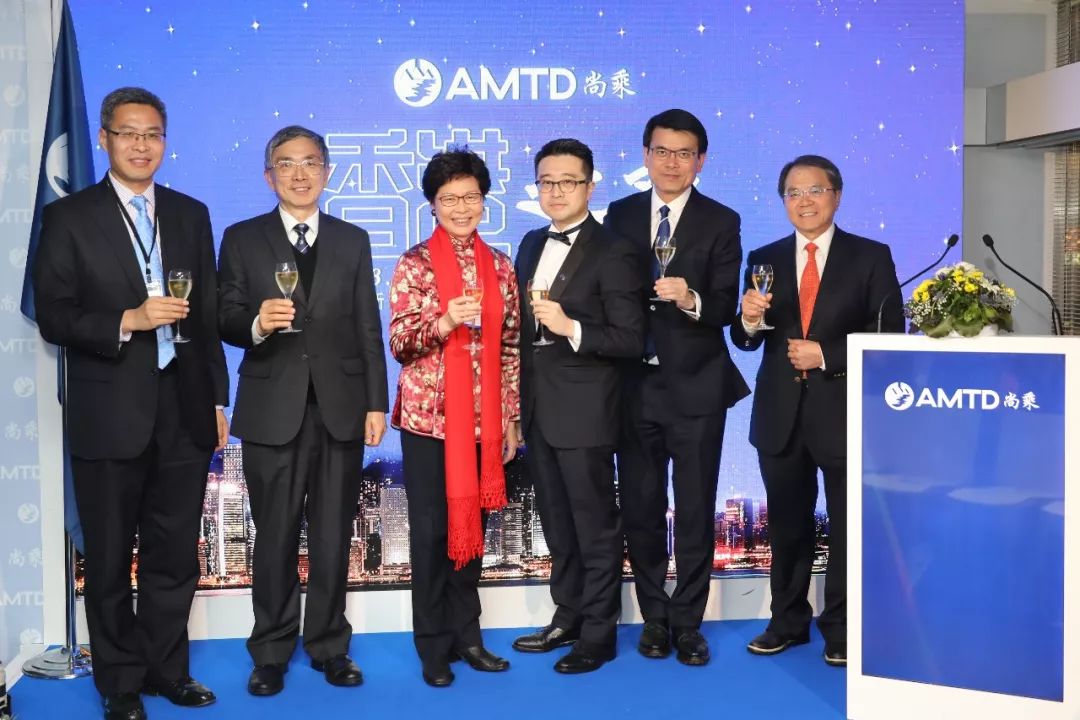 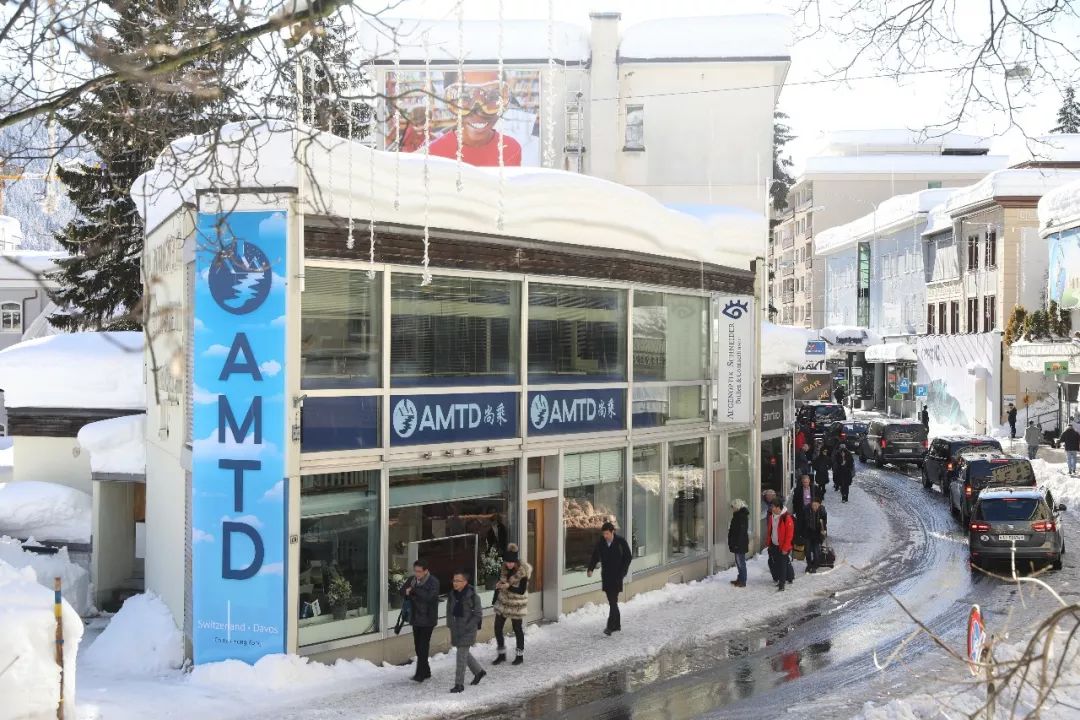 “AMTD Corporate Center” is located on Promenade, the main street of the small town of Davos, only a 5-minute walk from the main venue of Davos and with HSBC, Zurich Insurance Group, Google, Facebook, and other corporate centers 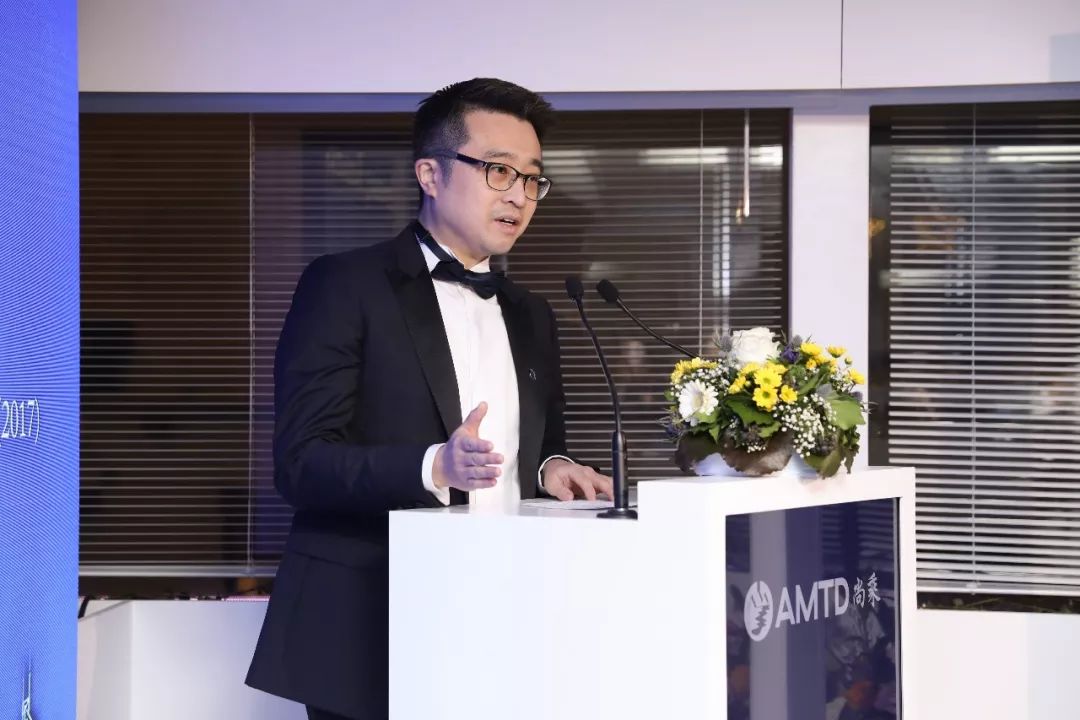 In addition to hosting the "AMTD · Hong Kong Night", AMTD also established the “AMTD Corporate Center” for the first time at annual meeting in Davos. This is the first company from Hong Kong in history and also one of the few Chinese companies to set up a business center in Davos. The "AMTD · Hong Kong Night" is exactly held in the “AMTD Corporate Center”, to show global political and business leaders the brilliance and charm of the Oriental Pearl.

The "AMTD · Hong Kong Night" was grandly opened by Mr. Calvin Choi, Chairman and President of AMTD Group, Young Global Leader named by the World Economic Forum and Vice Chairman of Hong Kong Federation of Professions. As a Hong Kong comprehensive local financial institution with global perspective, the management team of AMTD is all native Hong Kong professionals and loves the country and Hong Kong, upholding the Spirit of Lion Rock, is always committed to building a Hong Kong-based investment bank with global perspective. To promote the interconnection of Hong Kong with the global markets and promote the innovation and development of technology. AMTD looks forward to cooperating with corporate organizations around the world to build a more prosperous Hong Kong.

Mrs. Carrie Lam, Chief Executive of HKSAR, served as Officiating Guests to give speech and works together to create the most beautiful Hong Kong 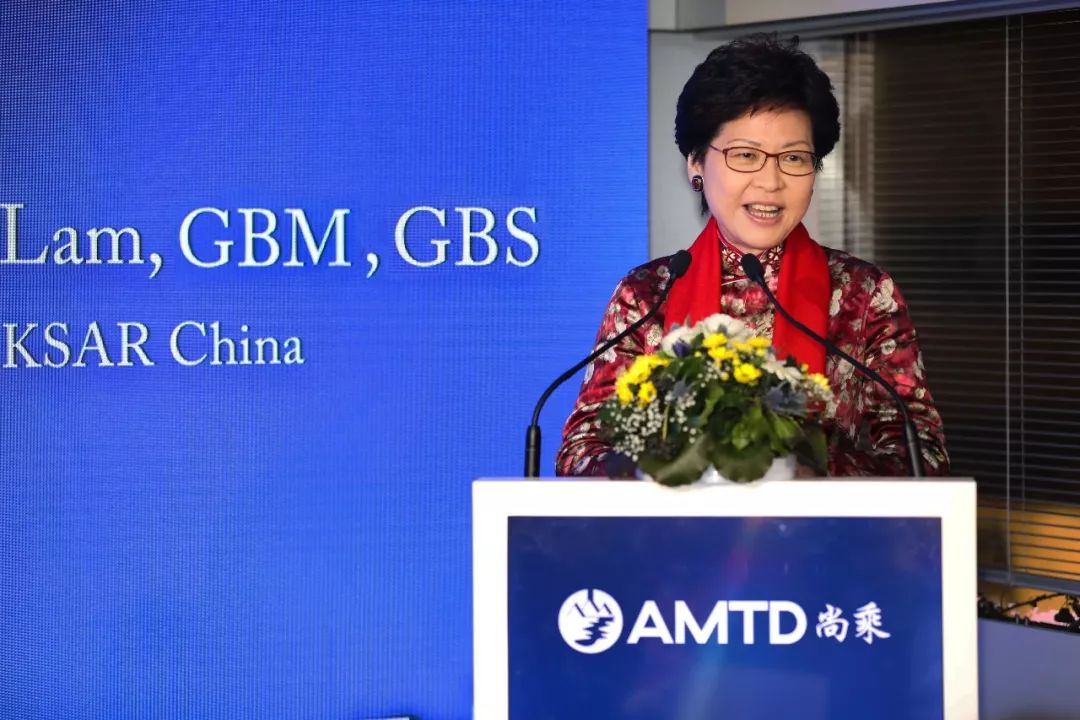 After being elected as the Chief Executive of HKSAR, Mrs. Carrie Lam first visited Switzerland and attended the annual meeting of the World Economic Forum in Davos. She also attended the ceremony and gave a speech at the "AMTD · Hong Kong Night"

Mrs. Carrie Lam introduced the advantages of Hong Kong as an international financial center and the latest developments in the field of FinTech at the "AMTD · Hong Kong Night ", and encouraged companies around the world to make more use of Hong Kong's quality professional services. She mentioned, Hong Kong as an international financial center, it is endowed with unique advantages and resource that can serve the development of business organizations from all over the world. In the field of financial services, Hong Kong has introduced a series of reforms and innovations that are advancing with the times, and will further build a capital market with international competitiveness. Hong Kong's stories requires many Hong Kong companies, such as AMTD, to build and promote together, as well as entrepreneurs and partners from all over the world. She believes the best of Hong Kong is yet to come!

Opening up to the outside, reform and innovation in the new era, Hong Kong has unlimited development potential 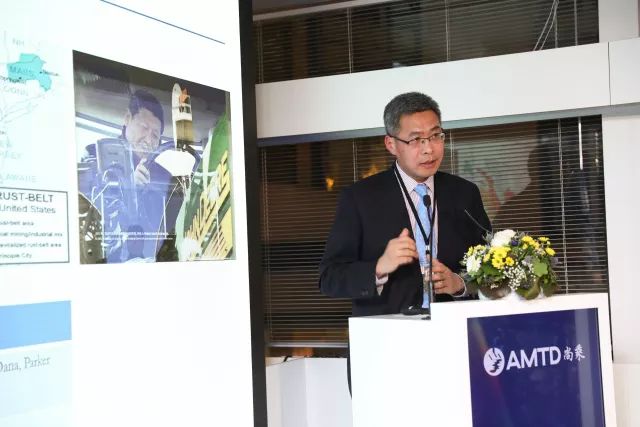 Mr. Bin Qi, Executive Vice President of China Investment Corp. and Mr. Francis Leung Pak To, Chairman of the Chamber of Hong Kong Listed Companies were invited to have keynote speech at "AMTD · Hong Kong Night". Qi Bin said that the "One Belt One Road" proposed by Chairman Xi Jinping has opened up a new journey of globalization. The core of “One Belt One Road” is economic cooperation and interconnection. We must adapt to the development and changes of the new era by combining the construction of the “One Belt One Road” and supply-side structural reforms. Hong Kong plays an important role in China's "One Belt One Road", with unlimited potential and broad prospects. 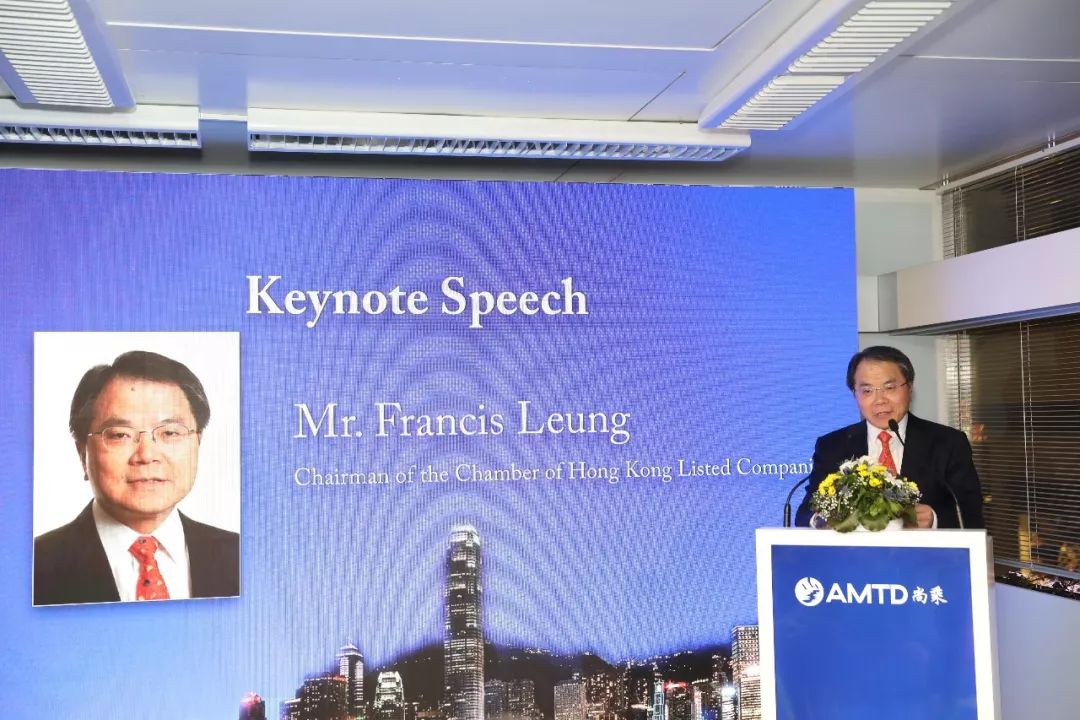 Mr. Francis Leung Pak To, Chairman of the Chamber of Hong Kong Listed Companies and Co-Chairperson of AMTD Global Advisory Committee and known as “Father of the red chips”

Battle for Art and Opinion, Grasping Opportunities for Development in a Divided World 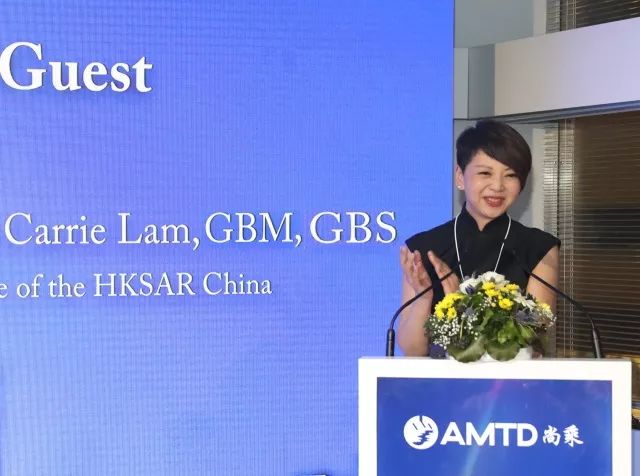 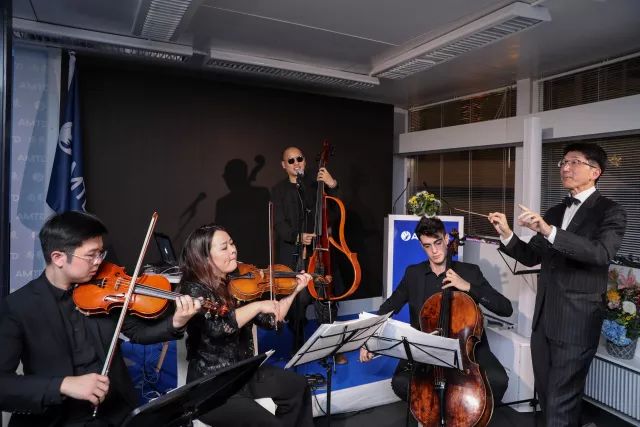 In addition, we have also invited Ms. Yvonne Li, President of International China Aging Industry Association and Young Global Leader named by the World Economic Forum, CEO from L. R. Capital Management Company (Cayman) Limited, members of the Board of Director from Citibank Hong Kong, members of the Board of Director from GRCB, Mr. Raymond Yung, CEO of L.R. Capital Group and Co-Vice Chairman of Global Advisory Committee of AMTD Group and Mr. Fred Ngan, Co-founder of Coherent Group, to hold round-table discussion meeting on the development opportunities in Guangdong-Hong Kong-Macao-Greater Bay Area. The meeting was hosted by Mr. Huang Shan, Deputy Editor of Caixin Media. 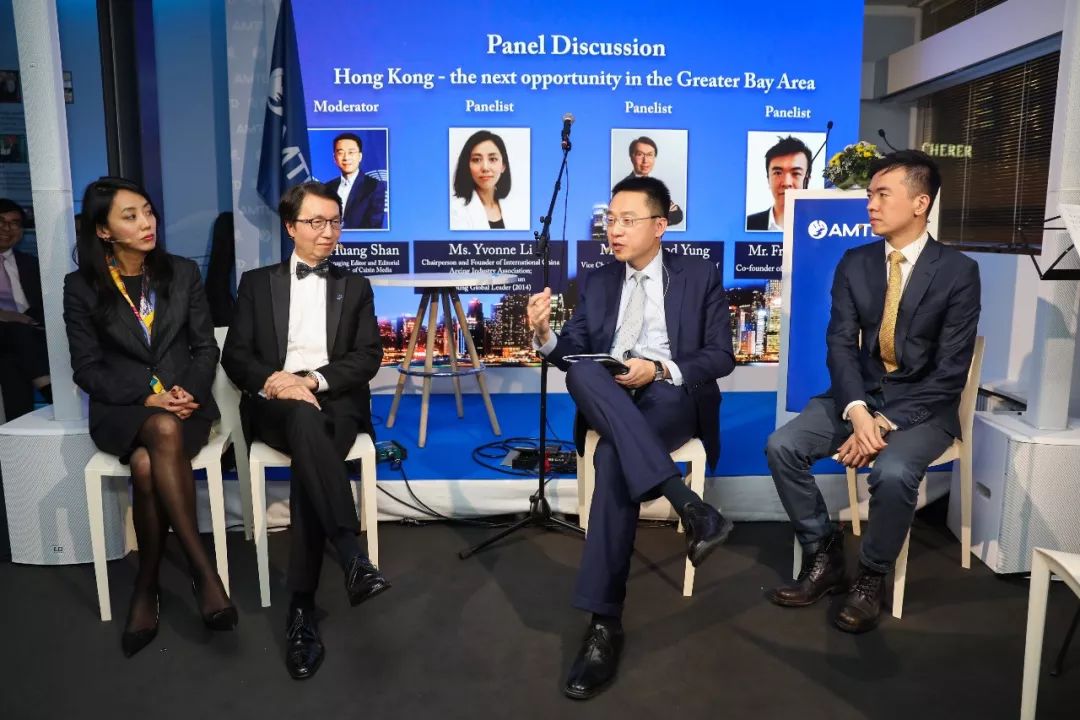 A group of friends shine at the "AMTD · Hong Kong Night" 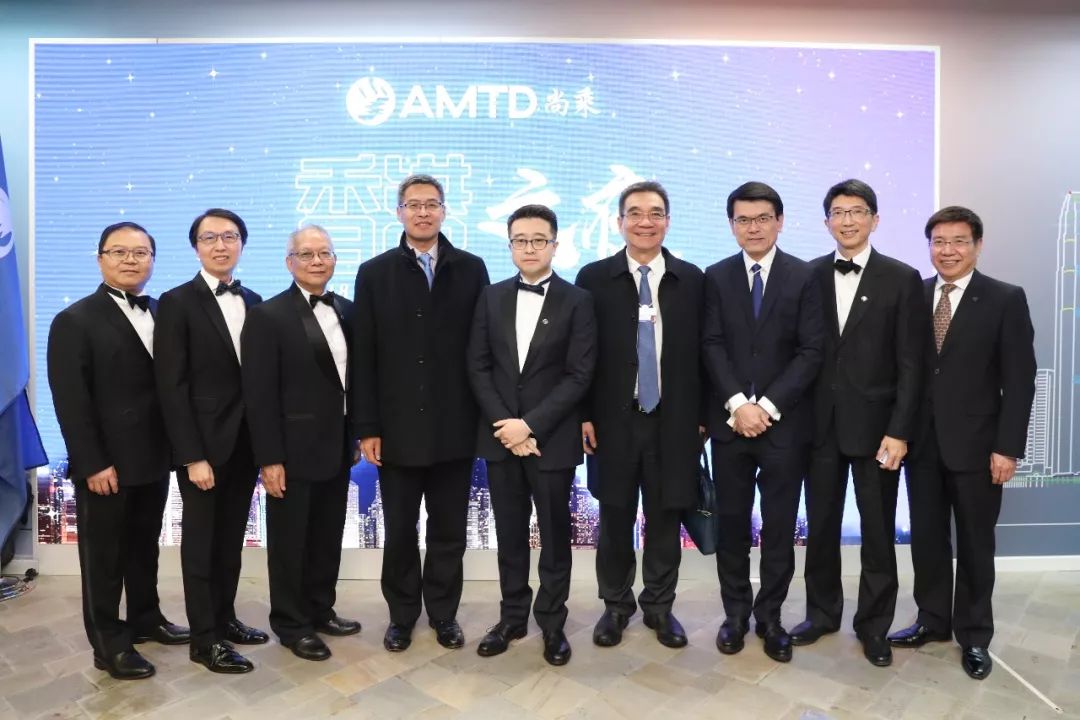 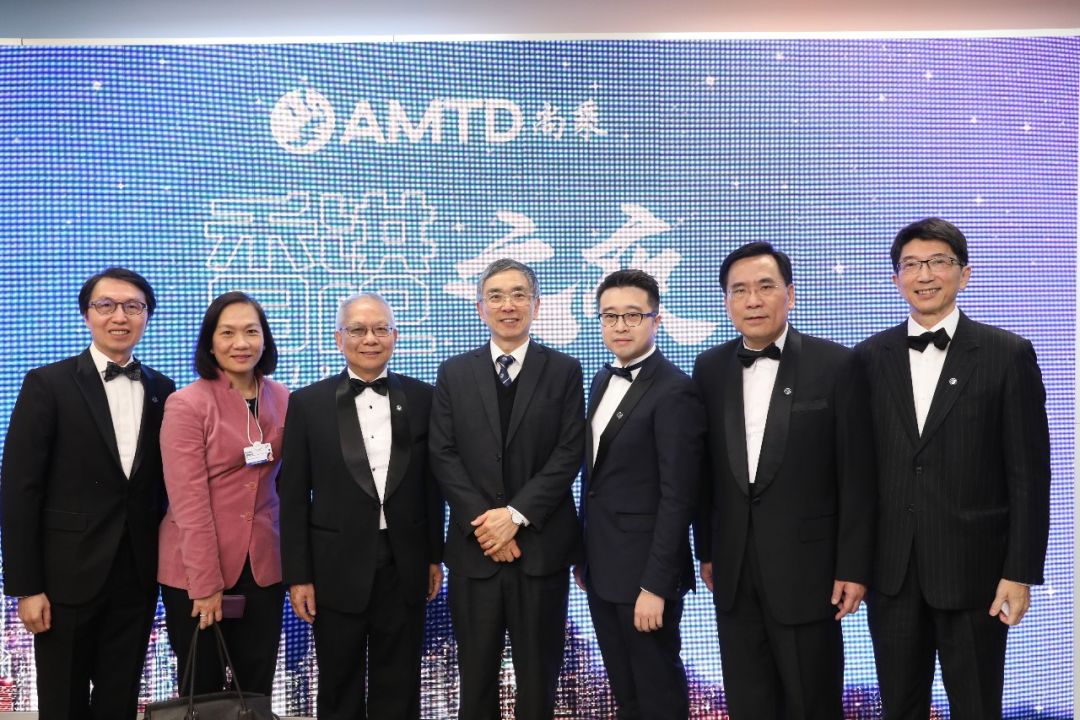