In October 2019, Calvin Choi, Chairman and CEO of AMTD Group, was awarded the “Asia Fintech Leaders of 2019” by the Singapore Fintech Association. He was the only leader of a Hong Kong-based financial institution to receive this honor. After being granted the "Fintech Finance 35" by the world-renowned financial magazine Institutional Investor, and "Young Global Leader" by the World Economic Forum, Calvin Choi was once again recognized and affirmed by the authorities. This also marked the high recognition of AMTD’s achievements and efforts in promoting fintech investment and development around the globe, especially in Hong Kong and Southeast Asia. In the future, AMTD will continue to increase the amount of resources allocated to fintech and new economy in Southeast Asia and in the world, and to promote the vigorous development of the global Internet and fintech industry. 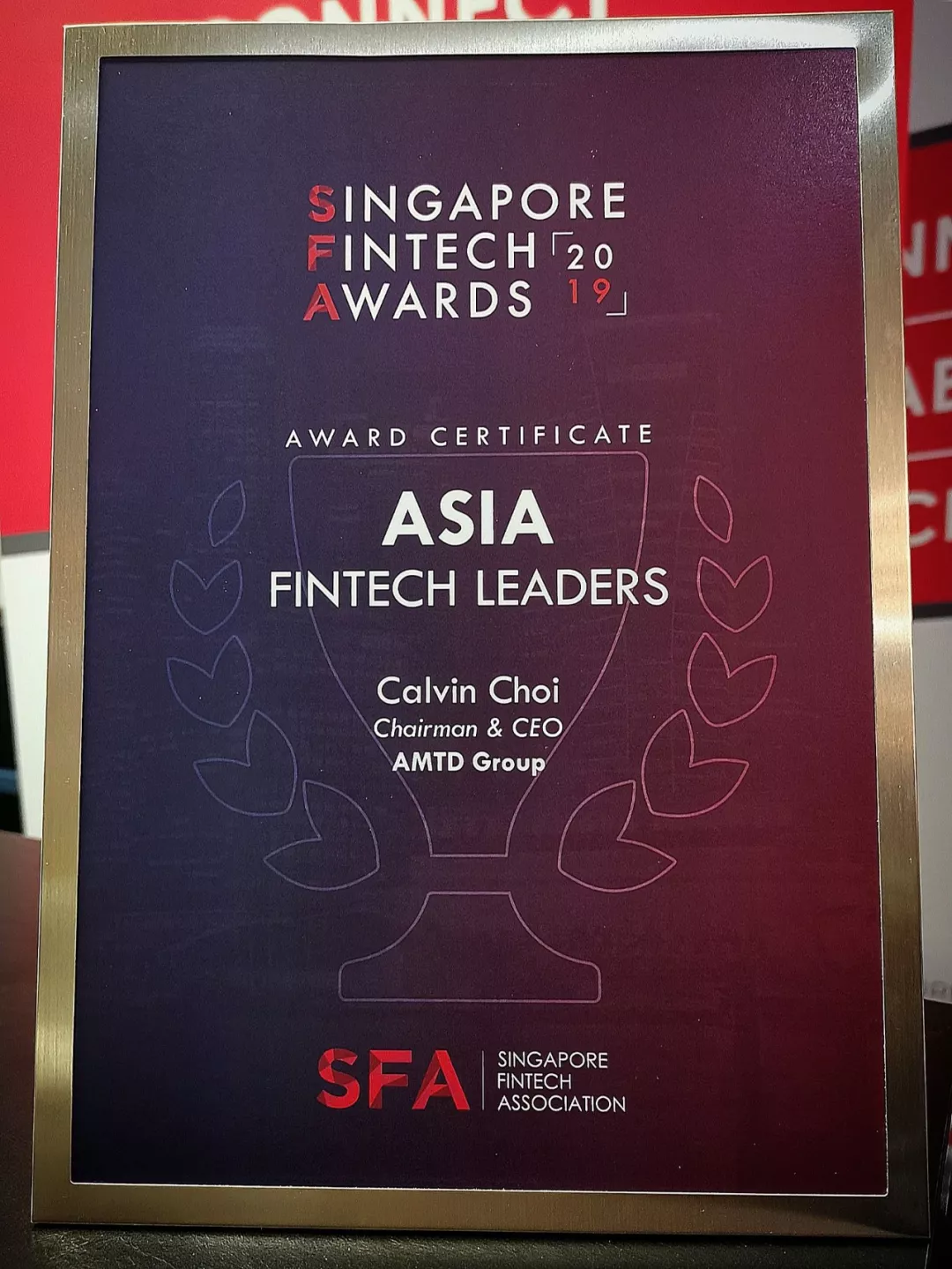 The "Asia Fintech Leaders of 2019" was awarded by the Singapore Fintech Association to recognize Asia's most influential and innovative fintech leaders. Ravi Menon, managing director of Monetary Authority of Singapore (MAS), said that in the past four years, the number of Singapore's fintech start-ups has grown from 50 to over 650. The fintech community in Singapore has achieved great success in innovation policy, entrepreneurial energy and technological change. He expressed his aspiration that collective efforts could transform Singapore into the world's leading fintech center. Ng Chee Meng, Minister in the Prime Minister's Office of Singapore and General Secretary of the National Trades Union Congress of Singapore, NTUC, and Chia Hock Lai, President of the Singapore Fintech Association, also attended the ceremony.

Calvin Choi, Chairman and CEO of AMTD Group, was named "Asia Fintech Leader of 2019". Other winners included Prajit Nanu, co-founder and CEO of Instarem, the only cross-border payment and fintech company covering Asia Pacific, North America and Europe, Takeshi Kito, member of the Board of Directors of Fintech Association of Japan, Justo Ortiz, Chairman of the board at Union Bank of Philippines, and Val Yap, founder and CEO of Singapore's leading insurtech innovation agency PolicyPal. AMTD was also the only Hong Kong-headquartered financial institution to be awarded Asia Fintech Leaders jointly by the Monetary Authority of Singapore and the Singapore Fintech Association, among the leading financial innovation companies, industry organizations and regulators in Southeast Asia.

Calvin Choi expressed his gratitude to the Singapore Fintech Association for their support. AMTD is very optimistic about the prospects of the ASEAN region, especially Singapore, in promoting fintech innovation. AMTD Group is always committed to being the “super connector” between technology and capital market. AMTD fully supports the interconnection between Asia and the ASEAN market, and seizes the opportunities to jointly develop fintech in China and the ASEAN market under the “Belt and Road” initiative. AMTD looks forward to taking this opportunity to further expand the investment in the Singapore and ASEAN markets and strives toward promoting economic and technological cooperation between Singapore and China.

In recent years, AMTD has continuously expanded investment in Southeast Asia. AMTD has been supporting the “Singapore Fintech Week”, the world's largest and most influential fintech event, as Grand Sponsor for two consecutive years, and to promote the innovative development of Singapore's fintech sector. AMTD has also established a deep cooperative relationship with the Singapore Exchange and has conducted many seminars on the development and innovation of the ASEAN capital markets and the business opportunities in China. In addition, AMTD Group and AMTD Foundation also jointly launched the ASEAN Financial Innovation Network (AFIN) with the Monetary Authority of Singapore, the ASEAN Bankers Associations, and the International Finance Corporation to promote the development of fintech innovation in Asia. Calvin Choi is a member of the board of directors of AFIN. 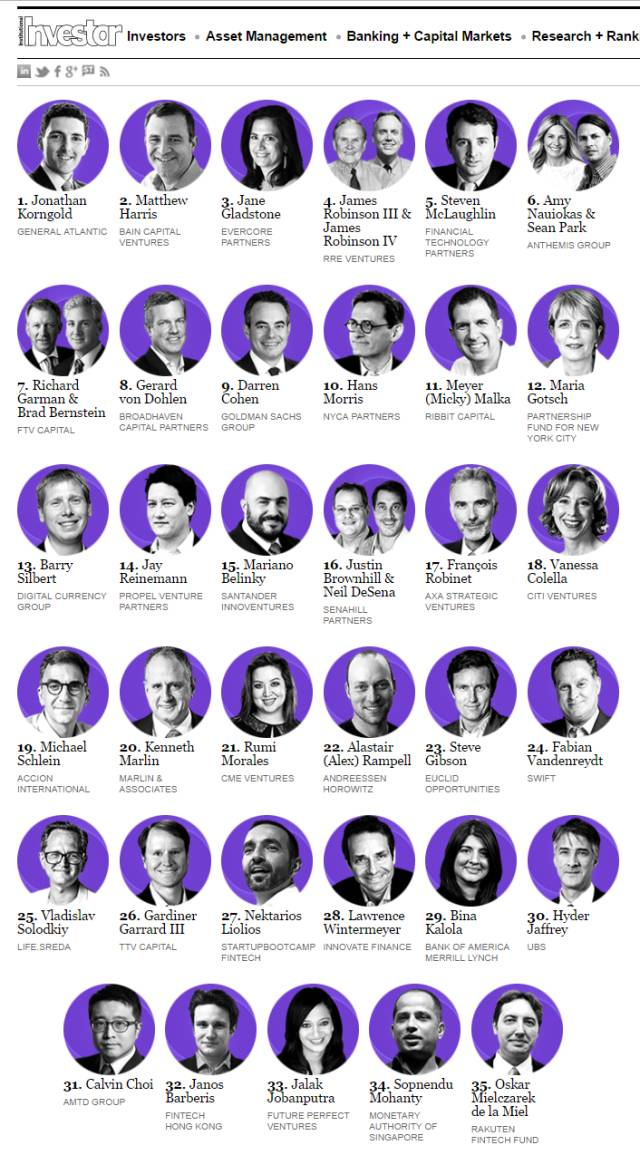 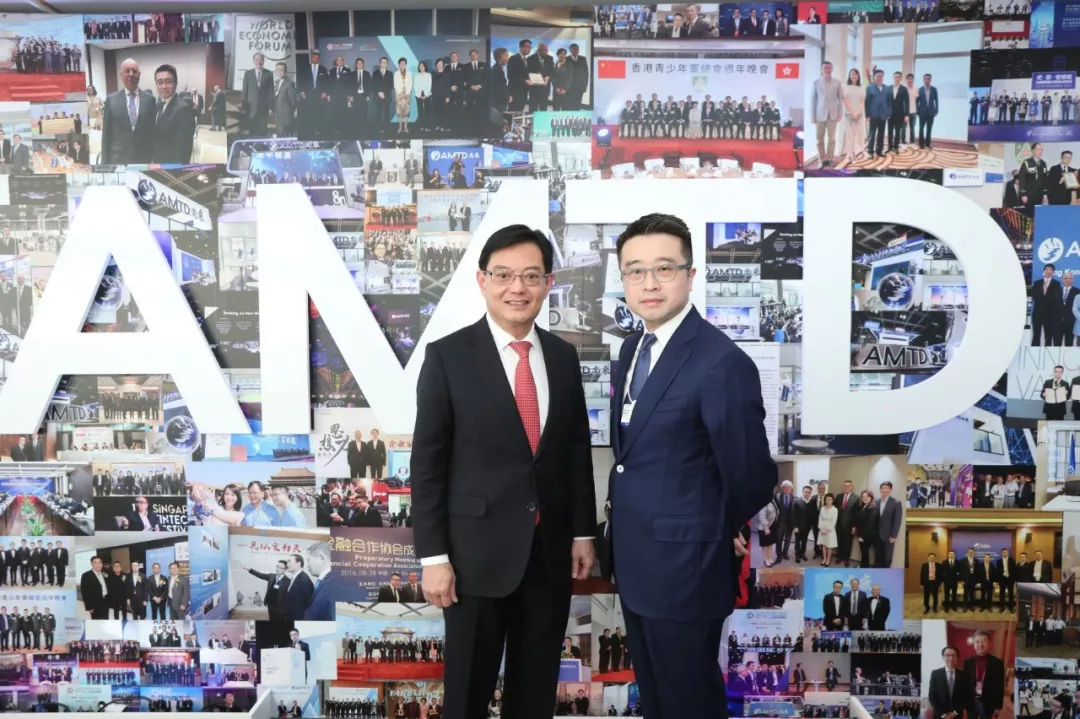 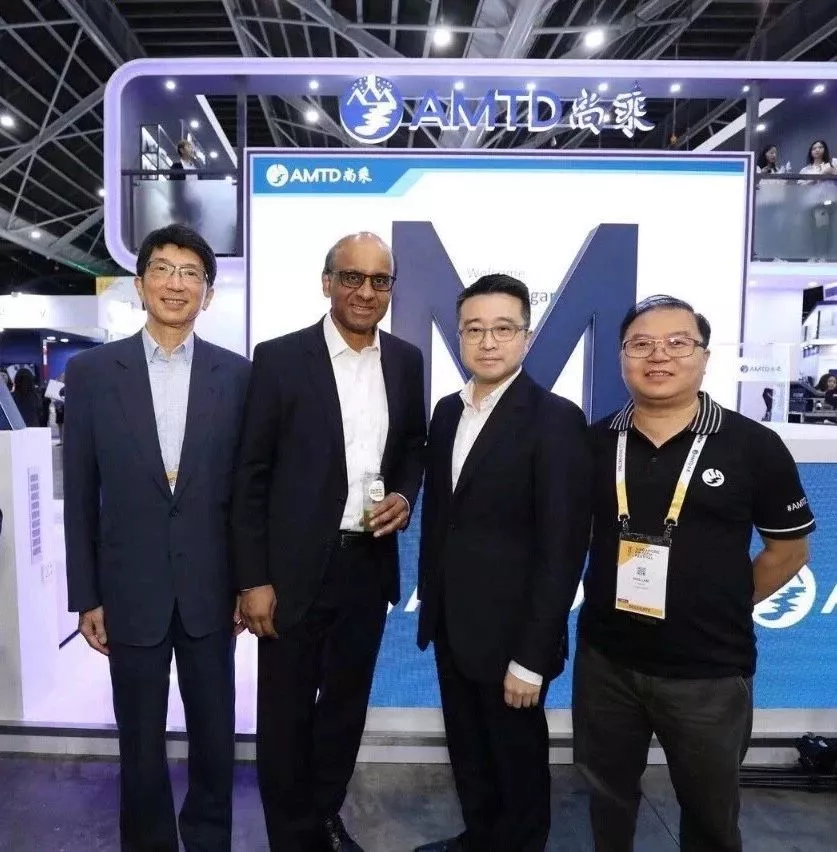 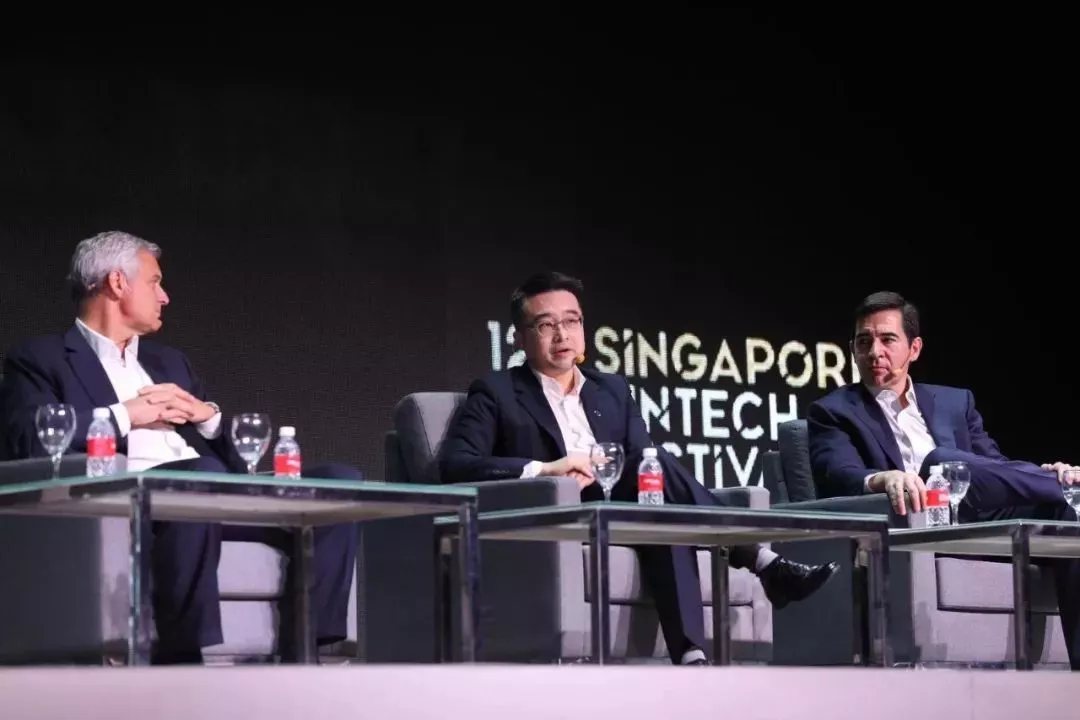 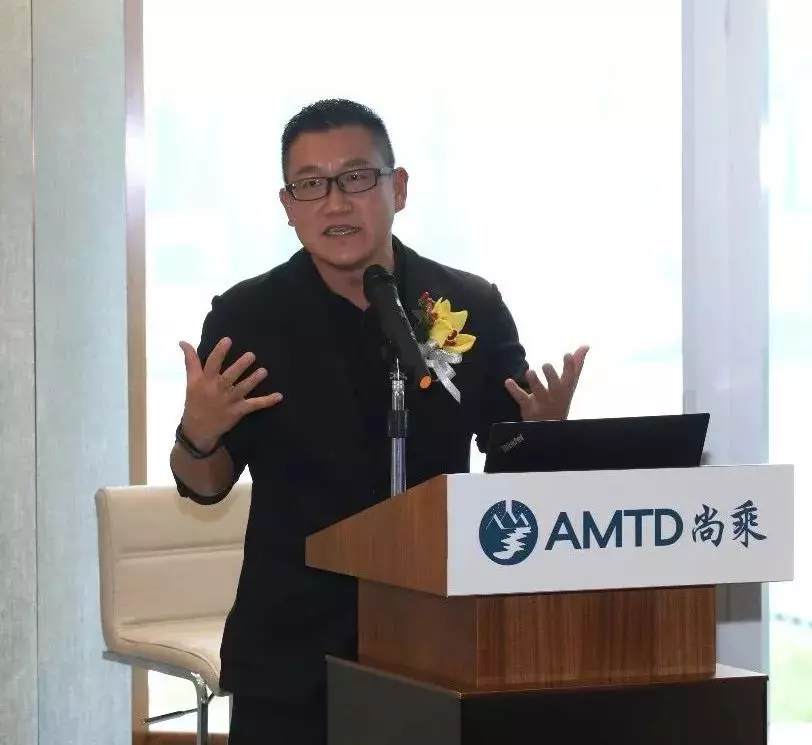 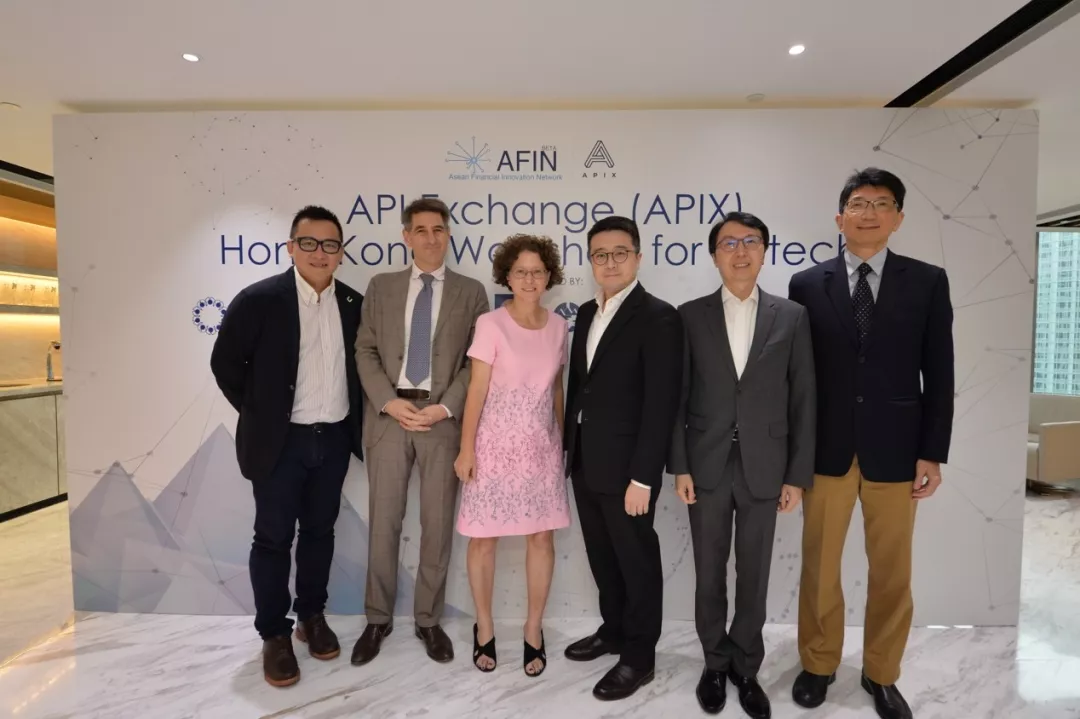 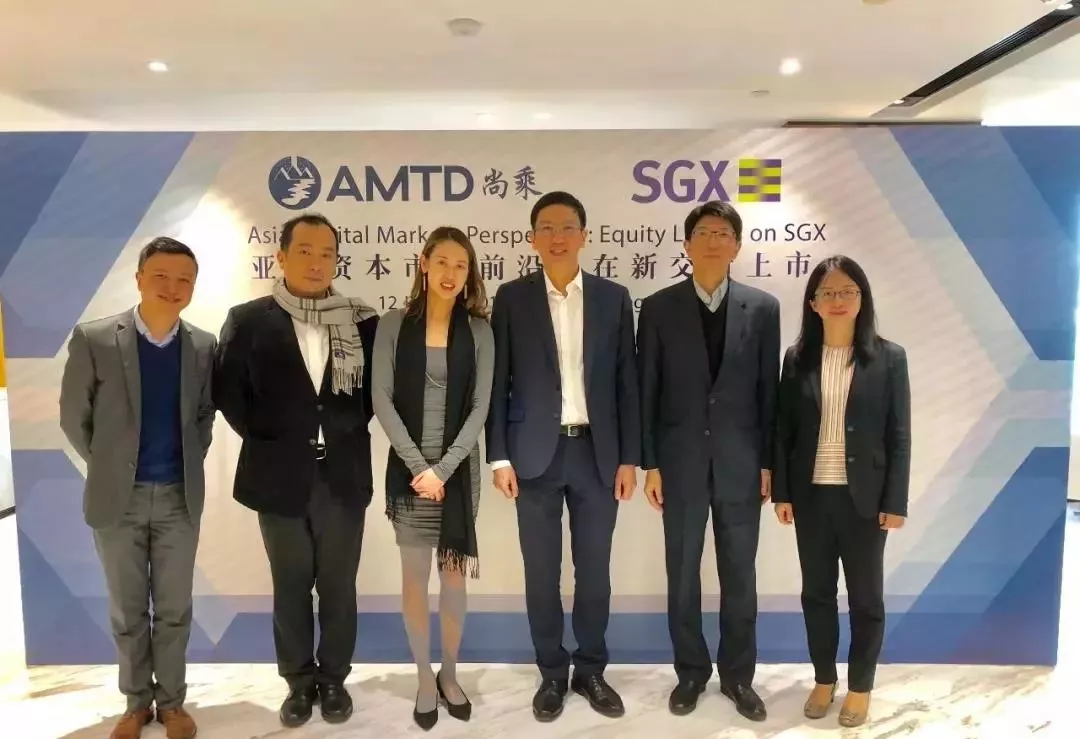 AMTD and the SGX jointly held the “Asian Capital Market Perspective”. Simon Lim, Senior Vice President and Head of Equity Capital Markets of the Singapore Exchange, projected the hot topics and prospects of the capital market